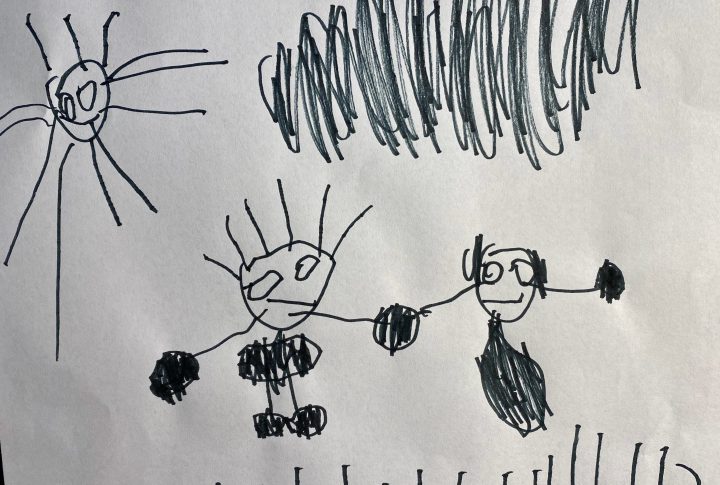 It’s been a week. Despite going down hard with a case of Strep Throat, I’ve been inundated with depressing news. Not within my circle (thank goodness), but just in general. In TV News, there’s no shortage of awful stories. It’s the reason a lot of you don’t watch local TV News anymore. I get it. But I still work in it and have to read the stories.

Whether it was the woman who was attacked by a bunch of pit-bulls, to a week old baby boy who’s dad killed his mom, grandmother and great-grandmother, then himself. Now the baby is missing. Or the family that got hit by a car and were all killed. The person who hit them took off. It never ends. And next week will be the same.

And news from my wife (as she prepares to give birth in a mere 7 weeks), hearing horrific stories from the ‘mom corners’ of the web. One mother had a heart attack, died and rolled onto her newborn – who also died. Her poor husband was sleeping and woke to find both of them gone. She had been Googling ‘chest pains’. Urgh.

This isn’t the half of it and it’s only been a week that I ever try to recount this stuff. It’s sad. It’s awful and I’d rather just forget about it. And likely will. Because it’s fine when it’s ‘someone else’, but tragedy hits everyone at some point. It’s hard to be prepared, but what you can do is be thankful for what you have that’s good in life.

I don’t really know where this all came from today, but I guess there’s a lot going on in my life right now – a lot of great stuff – and some stuff I could pitch out the door starting 5 minutes ago. But at least things are going well and we’re healthy. So for that, I’m thankful. I don’t stop to think about it enough. And one highlight was this drawing of Tara and me when were ‘getting married’ according to the 3-year-old artist, Bella Benson (our daughter).

I also wrote an essay for NBC’s Today Show Parents website about miscarriages. So that’s probably got me thinking of rough times (since we’ve had a few) and why I should be thankful for the good times. Our daughter is due end of March. It’s a stressful time, but a time to be excited, happy and thankful for getting to this point.

Because as I laid out, this wasn’t a good week for a lot of people. So be happy for what you’ve got. ❤️