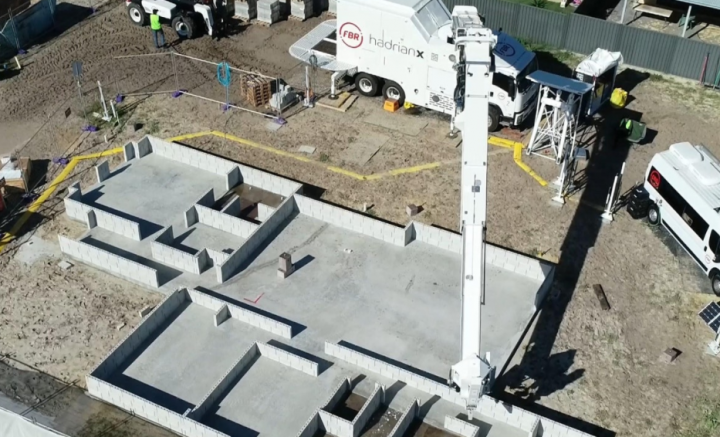 We just can’t keep up with technology. I can’t, at least. I was scrolling Instagram and for some reason I follow the hashtag #worldofengineering. Up pops a video of a machine called the Hadrian X. It’s a brick-laying robot and it can build the walls of a house in a DAY. What?

I love cool technology. And as a former landscaper who built retaining walls and rip-rap shorelines (that’s not easy), I was in awe of a machine doing all the heavy lifting.

The brick-laying robot does it all

This Hadrian X, as they call, it is the world’s ‘first mobile robotic brick-laying robot and system, capable of safely working outdoors in uncontrolled environments with speed an accuracy’.

Perhaps they can build a machine to build rip-rap shorelines like I did here back in June of 2002. Thank God for the Gator 6-wheeler. We used what we had.

I can tell you on a number of accounts I broke many blocks, smashed and gushed blood from many fingers and crushed many toes. I also burned by forearm on the exhaust pipe of a compacting machine. So for the safety claims, I’m all for the robots.

But to think they could build a robot to cut, fit, glue and place these bricks to build a house based on a model is staggering in my mind. But this is what technology is. And it’s constantly changing.

That’s why I love it so much.