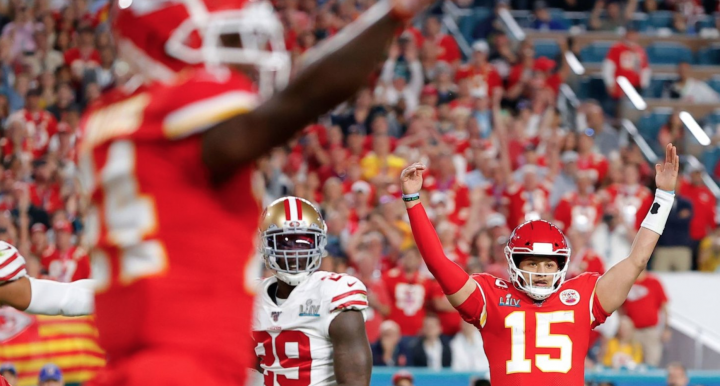 First off, congratulations to the Kansas City Chiefs on the big win. I was pulling for them. And the only reason is that after 50 years of waiting, I feel the fans deserve that as well. It tells me, it can happen.

Am I bitter? Yes. I am a Minnesota Vikings fan and as I age, I tend to take losing a lot better. As a teenager, I just couldn’t understand why the Vikes couldn’t win the big one. Why they collapse late in the season or early in the playoffs. ‘Minnesota just sucks,’ most tell me. Touché. But seeing the Chiefs win the big one gives me hope that even long, painful droughts can find a ways to make it rain.

I wasn’t around for the Purple People Eater days – perhaps the most dominating defensive lines the NFL has ever seen. I didn’t know Jim Marshall, Carl Eller, Alan Page, and I really don’t know Gary Larsen. Those were the days that Minnesota got some recognition in the NFL. But the big one eludes us. And I’ve grown all too familiar with that.

“Why don’t they ever show any Vikings highlights,” my wife asked during a Super Bowl promo tonight.

The question didn’t really deserve a response. My wife knew the answer. Guess it’s just a funny way the body reminds you to keep your turmoil in check. Oh yes, we do still suck and are unable to make it to the 2nd round of the Playoffs. That’s right. Maybe another ten years and we’ll have figured it out. But you were so close this year. Please stop. Guys like Kirk Cousins aren’t the answer. He should take his armored car full of cash and his tube of rocks (Google it) and retire young. But you can’t blame him. Hell, look at the deal he received. Blame the ownership. Blame anyone. Blame me. We aren’t winning and we never have.

But believe it or not, I’m less bitter now. It’s because I’m older. I’ve grown to expect not seeing late Playoff runs and I surely don’t expect a Super Bowl appearance.

But damn…the Chiefs. They did it. I’m sure there are a lot of me-types in that camp who have the same gripes (until tonight).

Guess that’s why we love the game. Keep trucking and hoping. It’s entertainment after all.

But the Chiefs. Way to go, fellas. Vikes? Take notes.