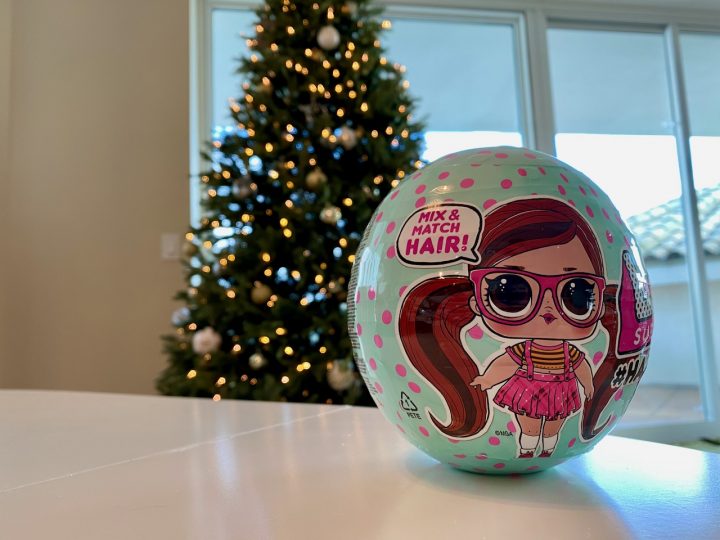 I asked my daughter Bella (who’s almost 4 years old) what she wanted for Christmas this year. Without missing a beat, she said L.O.L. Dolls. What the hell is an L.O.L. Doll, I thought? Apparently, they’re the rage. And their proper name is L.O.L. Surprise! Dolls. Perhaps your kid asked for them this year?

Upon further review, these dolls are ridiculous. Not in a good way. They’re small, cheap-looking and (to me) aren’t very attractive. Toddlers will vehemently disagree. In the case of my daughter – she can’t wait until she can unwrap the next one.

Unwrap. That was it.

The genius behind these dolls isn’t the ‘L.O.L’…it’s the Surprise! that everyone seems to leave out the name (like my daughter). The dolls come in a ball container that’s opaque so you don’t know what you’re getting. Getting inside is like breaking into Fort Knox. Layer upon layer upon layer of plastic (environment, much?) awaits. Once inside, you find every part of the doll individually wrapped (environment, much?). But that is what it was this whole time. Kids don’t know what they’re getting and parents don’t get the allure. It’s the experience you’re paying for and they’re clamoring over. So I had to find out who was behind this genius plan.

The guy’s name is Isaac Larian and he’s the CEO of MGA Entertainment. Apparently it’s a big toy company and he’s had some home runs in the past. Remember Bratz dolls?  That was him. But Bratz went south and he needed a backup plan. That’s when his kids told him about unboxing videos on YouTube. They were all the rage, remember? Just opening a new product was entertaining to millions of viewers. Larian took that process to heart, and here we are. Each L.O.L. Doll is about the unboxing – not necessarily what’s inside.

So that’s what my daughter wanted. Today she got two shots for an ear infection. What did she want for her bravery (I was willing to buy her the store after holding her down and witnessing the pain and agony of taking two darts to the thighs)? Yep, you guessed it. An L.O.L. Doll. That’s the reason Larian made $4 billion last year selling these ridiculous things. This year will surpass $5 billion – just watch.

So next time you open that frozen pizza and rearrange the frozen bits like pepperoni, peppers and onions, slow down. Make it perfect. Take the time. Because remember, it’s all about the experience.

I stay extremely busy. Maybe to a fault. While I have a full time job, I manage to fill every other waking minute with other work, interests and hobbies. One such interest I have always had is missing persons cases. Most of you know that I co-founded a non-profit organization called FindJodi.com, Inc. It all centers around a missing anchorwoman named Jodi Huisentruit. She disappeared while on her...